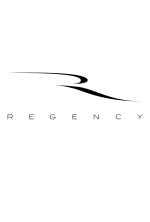 Founded in 1991 by renowned producer Arnon Milchan, New Regency Productions is actively engaged in entertaining the world via the production and distribution of motion pictures, television and sports through strategic alliances with media companies. Distributing its films through Twentieth Century Fox, Regency has produced many high-profile films over the years, including: Fight Club, Heat, JFK, Alvin and the Chipmunks, LA Confidential, Mr. and Mrs. Smith, Under Siege, Free Willy, A Time To Kill, Devil’s Advocate, Tin Cup, City of Angels, The Negotiator, Entrapment, Don’t Say a Word, Unfaithful, Man on Fire, Jumper, Love & Other Drugs and The Internship.

New Regency Enterprises has 54 movie releases in the completed production status. This means the films have confirmed release dates; they have been released or are coming soon.