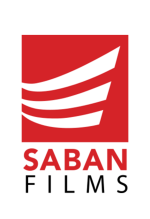 Saban Films, an affiliate of Saban Capital Group (“SCG”), is a film acquisition and distribution company which acquires high-quality, feature films to distribute in North America. Focusing on commercial, talent driven films, the company looks at projects in all stages of production for release across multiple platforms, including a day and date theatrical/VOD release strategy. Based in Los Angeles, Saban Films was established by Haim Saban, SCG Chairman and Chief Executive Officer, and is led by Bill Bromiley who serves as president, Shanan Becker, Chief Financial Officer and Ness Saban, Director of Business Development.

Saban Films has 135 movie releases in the completed production status. This means the films have confirmed release dates; they have been released or are coming soon.