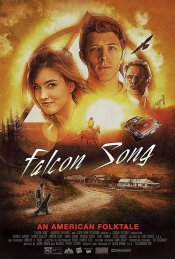 February 6, 2014 • Awaiting release by distributor; release date not yet announced.

Falcon Song is a 1980's style contemporary western in which a guitar playing drifter helps a rancher's granddaughter find her true calling. They soon find themselves in the middle of an age old land war.

Poll: Will you see Falcon Song?

"Max Reload and The Nether Blasters" , "I'm in Love With a Church Girl"

A look at the Falcon Song behind-the-scenes crew and production team.

Production: What we know about Falcon Song?

Falcon Song Release Date: When is the film coming out?