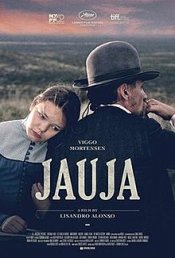 Set in Denmark and Argentina, a man and his daughter journey to a desert that exists in a realm beyond the confines of civilization.

Poll: Will you see Jauja?

A look at the Jauja behind-the-scenes crew and production team.

Production: What we know about Jauja

Production is scheduled to start early 2013 in Denmark and Argentina.

Jauja Release Date: When was it released?

Looking for more information on Jauja?