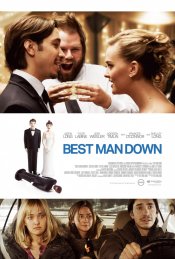 The best man at Scott and Kristin's wedding, Lumpy, is the life of the party, until a long, indulgent night leads to his untimely death. 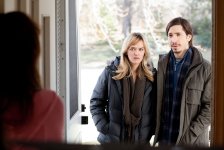 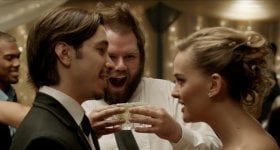 The best man at Scott (Long) and Kristin's (Weixler) Arizona destination wedding, Lumpy (Labine) is the life of the party, until a long, indulgent night leads to his untimely death. Forced to cancel their honeymoon and fly back to Minneapolis to arrange for his funeral, Scott and Kristin meet Ramsey (Timlin) and learn that Lumpy isn't quite who they thought he was.

Poll: Will you see Best Man Down?

Crew: Who's making Best Man Down

Production: What we know about Best Man Down

Best Man Down Release Date: When was it released?

Best Man Down was released in 2013 on Friday, November 8, 2013 (Limited release). There were 10 other movies released on the same date, including Thor: The Dark World, The Book Thief and About Time.

Questions: Asked About Best Man Down

Looking for more information on Best Man Down?