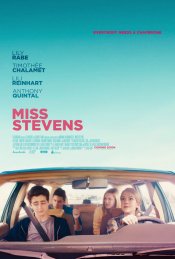 Stuck at a crossroads in her personal life, it falls on Miss Stevens to chaperone three of her students — Billy, Margot and Sam — on a weekend trip to a drama competition. Exploring the fine line between being a grown up and being a kid, Miss Stevens is about students becoming teachers and teachers coming to realize that the messiness of youth never really goes away.

Poll: Will you see Miss Stevens?

Production: What we know about Miss Stevens?

Miss Stevens Release Date: When was the film released?

Miss Stevens was released in 2016 on Friday, September 16, 2016 (Limited release). There were 15 other movies released on the same date, including Snowden, Blair Witch and Hillsong - Let Hope Rise.