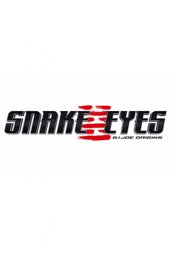 Poll: Will you see Snake Eyes?

Production: What we know about Snake Eyes

On or about February 26, 2020, the film was in Post-Production status.

On or about December 7, 2018, the film was in Pre-Production status.

Robert Schwentke has signed on to direct. Evan Spiliotopoulos, who wrote Beauty and the Beast and The Huntsman: Winter’s War, penned the script.

Being rebooted with “a more millennial approach.”

Snake Eyes Release Date: When is it coming out?

Snake Eyes is coming out in 2021 on Friday, October 22, 2021 (Nationwide release). There is 1 other movie coming out on the same date, including The Addams Family 2 .

Is this a reboot of the 1998 movie starring Nicholas cage?