Dennis Stock is a young photographer working for the Magnum agency receives an assignment that changes his life: shoot a free-spirited actor named James Dean. The gig becomes a personal journey for both as they travel from L.A. to New York to Indiana.

Poll: Will you see Life?

A look at the Life behind-the-scenes crew and production team. The film's director Anton Corbijn last directed A Most Wanted Man and The American. The film's writer Luke Davies last wrote News of the World and Angel of Mine. 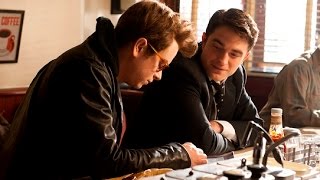 Production: What we know about Life

On or about September 6, 2015, the film was in Completed status.

Production is planned for early 2014.

Life Release Date: When was it released?

Life was released in 2015 on Friday, December 4, 2015 (Limited release). There were 14 other movies released on the same date, including Krampus, The Lady in the Van and MI-5.

Looking for more information on Life?