Out of the Clear Blue Sky Movie 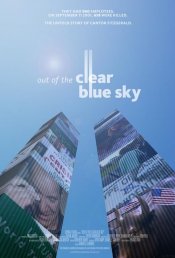 Poll: Will you see Out of the Clear Blue Sky?

Who stars in Out of the Clear Blue Sky: Cast List

Who's making Out of the Clear Blue Sky: Crew List

A look at the Out of the Clear Blue Sky behind-the-scenes crew and production team.

Watch: Out of the Clear Blue Sky Trailers & Videos

Production: What we know about Out of the Clear Blue Sky?

Out of the Clear Blue Sky Release Date: When was the film released?

Out of the Clear Blue Sky was released in 2013 on Friday, September 6, 2013 (New York release). There were 14 other movies released on the same date, including Riddick, Good Ol' Freda and 36 Saints.

Q&A Asked about Out of the Clear Blue Sky

Looking for more information on Out of the Clear Blue Sky?