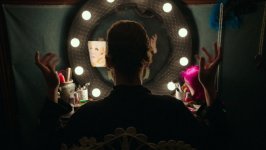 Tells the story of Billy Bloom (Alex Lawther), a boldly confident teenager who faces intolerance and persecution at his ultra-conservative high school and decides to fight back on behalf of all of the misunderstood freaks of the world by running for the title of homecoming queen.

Poll: Will you see Freak Show?

Production: What we know about Freak Show

On or about December 8, 2015, the film was in Production status.

Freak Show Release Date: When was it released?

Freak Show was released in 2018 on Friday, January 12, 2018 (Limited release). There were 14 other movies released on the same date, including The Commuter, The Post and Proud Mary.