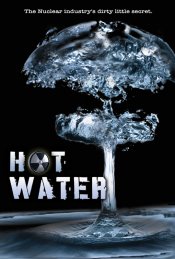 Filmmaker Liz Rogers and director Kevin Flint go to South Dakota following a story on Uranium contamination only to discover that the problem flows much farther than they imagined. Our nuclear legacy began with Uranium. From ‘Fat Man’ and ‘Little Boy’ to ‘Duck and Cover’ we believed it was safe to eat, drink and breathe in the shadow of the Atomic Bomb. The subsequent health and environmental damage will take generations, and in some cases thousands of years to heal. Our ground water, wells, drinking water, air and soil are contaminated with some of the most toxic heavy metals known to man – and yet we still have no firm plan in place for the storage of tons of nuclear materials we produce every year.

Poll: Will you see Hot Water?

A look at the Hot Water behind-the-scenes crew and production team.

Production: What we know about Hot Water?

Hot Water Release Date: When was the film released?

Hot Water was released in 2016 on Friday, January 8, 2016 (Limited release). There were 11 other movies released on the same date, including The Forest, The Revenant and Lamb.