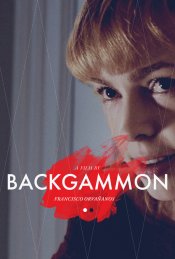 When Andrew invites Lucian and his girlfriend Elizabeth for a weekend vacation, they don’t expect Andrew’s sister Miranda and her Baudelaire-obsessed boyfriend Gerald to show up as well. Overwhelmed by Gerald’s antics and the constant irritating horseplay with Miranda, Andrew and Elizabeth split. Lucian, however, decides to stay, as a simmering, sexual tension develops between him and the flighty, flirtatious Miranda. When Gerald explodes after losing everything during an alcohol-fueled poker game with Lucian, Miranda finally gives him the boot. But as she and Lucian begin to dance around each other, their surroundings show threatening signs that Gerald may never have left.

Poll: Will you see Backgammon?

"The Tribes of Palos Verdes" , "Down a Dark Hall"

A look at the Backgammon behind-the-scenes crew and production team.

Production: What we know about Backgammon?

Backgammon Release Date: When was the film released?

Backgammon was released in 2016 on Friday, March 11, 2016 (Limited release). There were 21 other movies released on the same date, including 10 Cloverfield Lane, The Brothers Grimsby and The Young Messiah.

Looking for more information on Backgammon?