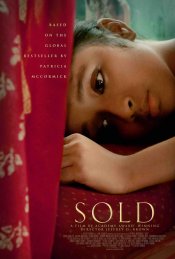 Based on true stories, Sold, is the story of Lakshmi who journeys from a pastoral, rural village in Nepal to a gritty brothel/prison called Happiness House in Kolkata, India. .

Poll: Will you see Sold?

A look at the Sold behind-the-scenes crew and production team. The film's writer Jeffrey Brown last wrote Save the Date.

Production: What we know about Sold?

Sold Release Date: When was the film released?

Sold was released in 2016 on Friday, April 1, 2016 (Limited release). There were 10 other movies released on the same date, including A Weekend with the Family, Kill Your Friends and Meet the Blacks.

Looking for more information on Sold?