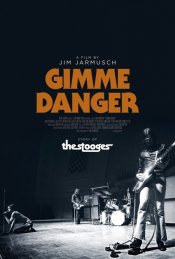 Jim Jarmusch’s new film Gimme Danger chronicles the story of The Stooges, one of the greatest rock-n-roll bands of all time.

Poll: Will you see Gimme Danger?

Production: What we know about Gimme Danger?

Gimme Danger Release Date: When was the film released?

Gimme Danger was released in 2016 on Friday, October 28, 2016 (Limited release). There were 5 other movies released on the same date, including Inferno, American Pastoral and I Am The Pretty Thing that Lives in the House.