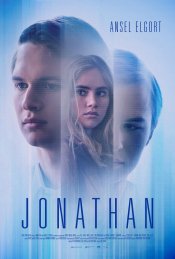 Ansel Elgort will portray Jonathan and his twin brother John, who have agreed to not have girlfriends. Jonathan is a successful architect while John sleeps all day and spends the night socializing and starting to fall in love with a woman. Jonathan forces John to end the relationship, and then starts a new relationship with the woman himself.

Poll: Will you see Jonathan?

Pride and Prejudice and Zombies, Burn

She Said, Lars and the Real Girl

A look at the Jonathan behind-the-scenes crew and production team.

Production: What we know about Jonathan?

Jonathan Release Date: When was the film released?

Jonathan was released in 2018 on Friday, November 16, 2018 (Limited release). There were 18 other movies released on the same date, including Green Book, Fantastic Beasts: The Crimes of Grindelwald and At Eternity's Gate.

Looking for more information on Jonathan?