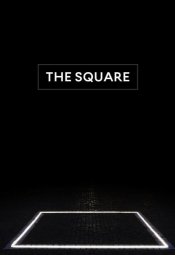 The Square follows a museum manager in charge of an exhibition space where an artist places a new installation meant to promote altruism. The manager hires a ruthless PR firm to promote the new exhibition, and the publicity gets out of hand, sparking a public uproar.

Poll: Will you see The Square?

Crew: Who's making The Square

A look at the The Square behind-the-scenes crew and production team.

Production: What we know about The Square

On or about September 9, 2016, the film was in Production status.

The Square Release Date: When was it released?

The Square was released in 2017 on Friday, October 27, 2017 (Limited release). There were 10 other movies released on the same date, including Jigsaw, Suburbicon and All I See Is You.

Questions: Asked About The Square

Looking for more information on The Square?