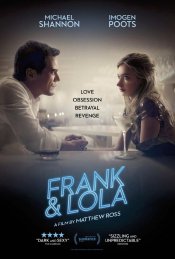 Michael Shannon and Imogen Poots star as a couple that builds an intense relationship that saves each other from their mutual despair, but begins to crack as a man from Lola’s past temps her future with Frank.

Poll: Will you see Frank & Lola?

Frank & Lola Cast: Who stars in it?

Production Timeline: When did the Frank & Lola come together?

Frank & Lola Release Date: When was it released?

Frank & Lola was released in 2016 on Friday, December 9, 2016 (Limited release). There were 14 other movies released on the same date, including Office Christmas Party, Miss Sloane and Nocturnal Animals.