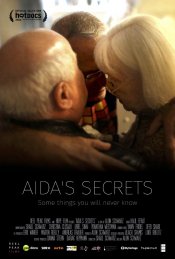 Izak Szewelwicz was born in the Bergen-Belsen displaced persons camp in 1945 and sent for adoption in Israel. Many years ago, Izak found and formed a relationship with his birth mother, but was always told that his father had died in the war. In 2013, everything he knew about his personal history changed when he tracked down his adoption files and uncovered that his father had been alive after the war and had reportedly divorced his mother. Seeking more answers, Izak located his birth certificate in Germany. He was shocked to discover another birth certificate—one of a brother he never knew existed.

Filmmakers and brothers Alon and Shaul Schwarz set out to find answers for their Uncle Izak, uncovering timely questions of identity, resilience, compassion, and the plight of displaced persons as Izak and his brother Shep—both almost 70-years-old—emotionally reunite in Canada before traveling to a nursing home in Montreal to introduce Shep to his elderly mother, Aida, for the first time.

Poll: Will you see Aida's Secrets?

A look at the Aida's Secrets behind-the-scenes crew and production team.

Production: What we know about Aida's Secrets

Aida's Secrets Release Date: When was it released?

Aida's Secrets was released in 2017 on Friday, November 3, 2017 (Limited release). There were 12 other movies released on the same date, including Thor: Ragnarok, The Killing of a Sacred Deer and Lady Bird.