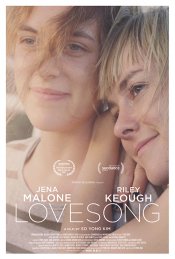 Neglected by her husband, Sarah embarks on an impromptu road trip with her young daughter and her best friend, Mindy. Along the way, the dynamic between the two friends intensifies before circumstances force them apart. Years later, Sarah attempts to rebuild their intimate connection in the days before Mindy’s wedding.

Poll: Will you see Lovesong?

Production: What we know about Lovesong

Lovesong Release Date: When was it released?

Lovesong was released in 2017 on Friday, February 17, 2017 (Limited release). There were 11 other movies released on the same date, including Fist Fight, The Great Wall and A Cure for Wellness.

Looking for more information on Lovesong?