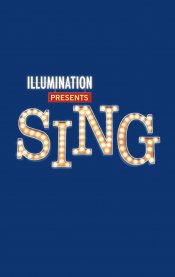 A sequel to the holiday animated hit Sing.

A look at the Sing 2 behind-the-scenes crew and production team.

Production: What we know about Sing 2

Universal has announced a Sing sequel for Christmas 2020.

Sing 2 Release Date: When is it coming out?

Sing 2 is coming out in 2021 on Wednesday, December 22, 2021 (Nationwide release). There are 2 other movies coming out on the same date, including The Nightingale and Black Adam.

Looking for more information on Sing 2?