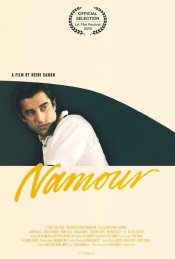 A film about why life can feel like it's passing us by. Chronicling the unraveling of Steven Bassem (Saleh), a valet driver for a trendy Los Angeles restaurant caught between his dead-end job and the demands of his Arab-American immigrant family.

Poll: Will you see Namour?

A look at the Namour behind-the-scenes crew and production team.

Production: What we know about Namour

Namour Release Date: When was it released?

Namour was released in 2017 on Wednesday, March 15, 2017 (Limited release). There were 1 other movie released on the same date, including Frantz.

Looking for more information on Namour?