Win It All Movie

Jake Johnson stars as small time gambler Eddie Garrett, who agrees to watch a duffel bag for an acquaintance who is heading to prison. When he discovers cash in the bag, he's unable to resist the temptation and winds up deeply in debt. When the prison release is shortened, Eddie suddenly has a small window of time to win all the money back.

Poll: Will you see Win It All?

Crew: Who's making Win It All

Win It All Trailers & Videos 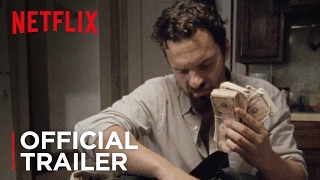 Production: What we know about Win It All

Win It All Release Date: When was it released?

Win It All was released in 2017 on Friday, April 7, 2017 (VOD / Digital release). There were 18 other movies released on the same date, including Going in Style, Smurfs: The Lost Village and The Case for Christ. Netflix Only

Questions: Asked About Win It All

Looking for more information on Win It All?