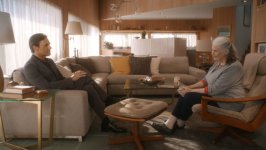 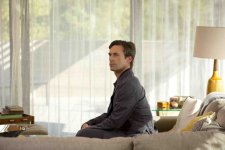 Set in the near future, Marjorie Prime centers on Marjorie (Lois Smith), who spends time with the young likeness of her deceased husband Walter (Jon Hamm). This revitalized Walter is a sophisticated holographic projection that provides companionship while stimulating Marjorie’s memory—allowing her to explore their shared past as she lives with dementia.

Sci-Fi Based on Play

Poll: Will you see Marjorie Prime?

Production: What we know about Marjorie Prime

Marjorie Prime Release Date: When was it released?

Marjorie Prime was released in 2017 on Friday, August 18, 2017 (Limited release). There were 10 other movies released on the same date, including The Hitman's Bodyguard, What Happened to Monday? and Shot Caller.