In 1943, the people of the isolated Scottish island of Todday are largely unaffected by wartime rationing, until their supply of whisky runs out. In the midst of this catastrophe, Sergeant Odd returns on leave to court Peggy Macroon, the daughter of the local shopkeeper. Meanwhile, her sister Catriona has just become engaged to meek schoolteacher George Campbell, although his stern, domineering mother refuses to give her approval. During a storm, the freighter S.S. Cabinet Minister runs aground near Todday and begins to sink. Two local inhabitants investigate and learn from its departing crew that the cargo consists of 50,000 cases of whisky. A battle of wits ensues between the stuffy English commander Wagget, who wants to confiscate the salvaged cargo, and the islanders.

Poll: Will you see Whisky Galore!?

"Six Minutes To Midnight" , "The Song of Names"

"Lassie" , "The Merchant of Venice"

"Boyz in the Wood" , "Fantastic Beasts: The Crimes of Grindelwald"

A look at the Whisky Galore! behind-the-scenes crew and production team. 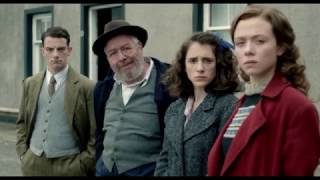 Production: What we know about Whisky Galore!?

Whisky Galore! Release Date: When was the film released?

Whisky Galore! was released in 2017 on Friday, May 12, 2017 (New York / Los Angeles release). There were 15 other movies released on the same date, including Lowriders, King Arthur: Legend of the Sword and Snatched.