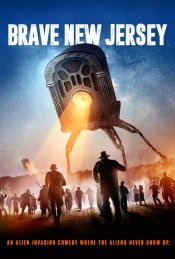 A small town on the night of Orson Welles’s legendary 1938 "War of the Worlds" radio hoax is fooled into believing aliens are invading America. As they face what they think is their last night alive, hilarious & life-changing events unfold.

The Groomsmen, The Fitzgerald Family Christmas

Catch and Release, The Eyes of Tammy Faye

Onward, The Last Thing He Wanted

Resurrection, The Sky is Everywhere

A look at the Brave New Jersey behind-the-scenes crew and production team.

Production: What we know about Brave New Jersey?

Brave New Jersey Release Date: When was the film released?