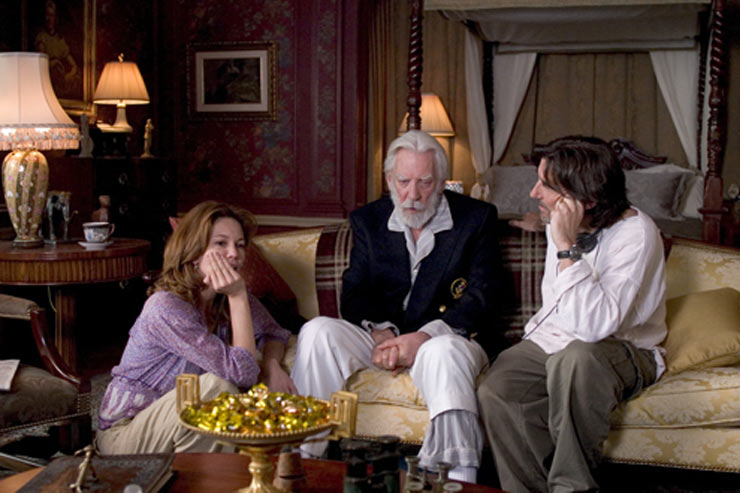 A 16-year-old kid, tired of the bohemian lifestyle his mother leads, gets a chance to see what life is like for the privileged when she is hired to be the personal massuese to an elderly millionaire.

When 16-year-old Finn is caught buying cocaine for his junkie but well intentioned mother Liz, his plans of spending the summer away from NYC with his anthropologist father studying the Ishkanani in the jungle are abruptly changed. In an attempt to get both of their lives back on track, Liz moves the two of them out to a cottage on the country estate of her sugar daddy, Mr. Osborne. Finn immediately makes his way into the 'tribe' of wealthy country clubbers that inhabit his new home. Soon Finn is dating Mr. Osborne's granddaughter Maya and has found a best friend in her brother Bryce. Finn adjusts quickly to their life of fancy clothes, cars, horses, sex and drugs. Liz begins attending AA meetings and begins to establish herself as a loving mother working to correct her mistakes and win back Finn's love and trust. Unfortunately things begin to spiral out of control, and he begins to see that the wealth and friendships bestowed upon him come at a price.

Poll: Will you see Fierce People?

A look at the Fierce People behind-the-scenes crew and production team. The film's director Griffin Dunne last directed The Accidental Husband and Only Ever You. The film's writer Dirk Wittenborn last wrote The Lucky Ones.

Production: What we know about Fierce People

Fierce People Release Date: When was it released?

Fierce People was released in 2007 on Friday, July 20, 2007 (). There were 4 other movies released on the same date, including Talk to Me, Introducing the Dwights and I Now Pronounce You Chuck and Larry.