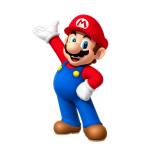 An animated feature based on the popular Super Mario Bros. video game.

Adventure Family Animation Based on Game

A look at the Super Mario Bros. behind-the-scenes crew and production team.

Production: What we know about Super Mario Bros.

Super Mario Bros. Release Date: When is it coming out?