When a workahlic young executive (Kristen Bell), is left at the altar, she ends up on her Caribbean honeymoon cruise with the last person she ever expected: her estranged and equally workaholic father (Kelsey Grammer). The two depart as strangers, but over the course of a few adventures, a couple of umbrella-clad cocktails and a whole lot of soul-searching, they return with a renewed appreciation for family and life.

A look at the Like Father behind-the-scenes crew and production team. 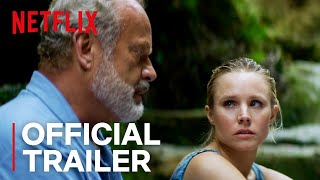 Like Father Release Date: When was the film released?

Like Father was released in 2018 on Friday, August 3, 2018 (Netflix release). There were 8 other movies released on the same date, including The Darkest Minds, Disney's Christopher Robin and The Spy Who Dumped Me.