Berserk follows Raffy Rivers (Nick Cannon), a fading movie star in need of a career revival and his writer friend, Evan (Rhys Wakefield) who never tasted success. Both believe their zombie script will provide the breakthrough they need, but they are in desperate need of inspiration to finish the project. When Evan realizes that neither has felt true fear, the pair set out to trick each other into feeling it… but things take a turn for the worst when a surprise visitor, hallucinatory drugs, an ex-girlfriend, a police officer, and a pack of hungry coyotes get involved.

Poll: Will you see Berserk? 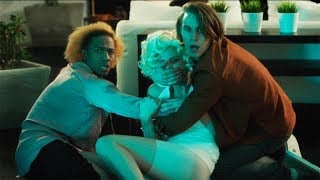 Production: What we know about Berserk

Berserk Release Date: When was it released?

Berserk was released in 2019 on Friday, April 5, 2019 (Limited release). There were 15 other movies released on the same date, including Shazam!, The Best of Enemies and Pet Sematary.

Looking for more information on Berserk?