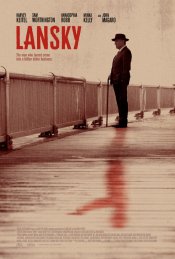 David Stone (Sam Worthington), a renowned but down-on-his-luck writer, has the opportunity of a lifetime when he receives a surprise call from Meyer Lansky (Academy Award nominee Harvey Keitel). For decades, authorities have been trying to locate Lansky’s alleged nine-figure fortune and this is their last chance to capture the aging gangster before he dies. With the FBI close behind, the Godfather of organized crime reveals the untold truth about his life as the notorious boss of Murder Inc. and the National Crime Syndicate.

Poll: Will you see Lansky?

The Ridiculous 6, The Painted Bird

Avatar: The Way of Water, Avatar

Battle of the Sexes, Dolphin Tale

Can You Keep a Secret?, Hall Pass

Darby and the Dead, Rumble

Lee Daniels' The Butler, The Roommate

Collide, I Love Us

Production: What we know about Lansky?

Lansky Release Date: When was the film released?


Lansky was a Limited release in 2021 on Friday, June 25, 2021. There were 12 other movies released on the same date, including F9, The Ice Road and False Positive.
As a Limited release, Lansky will only be shown in select movie theaters across major markets. Please check Fandango and Atom Tickets to see if the film is playing in your area.

Looking for more information on Lansky?