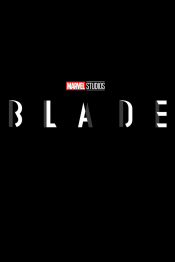 A half-mortal, half-immortal is out to avenge his mother's death and rid the world of vampires.

Poll: Will you see Blade?

Point Break, The Harder They Fall

A look at the Blade behind-the-scenes crew and production team. The film's director Bassam Tariq last directed Mogul Mowgli and 11/8/16.

Production: What we know about Blade?

Blade Release Date: When is the film coming out?

Looking for more information on Blade?