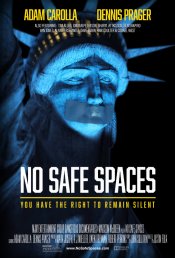 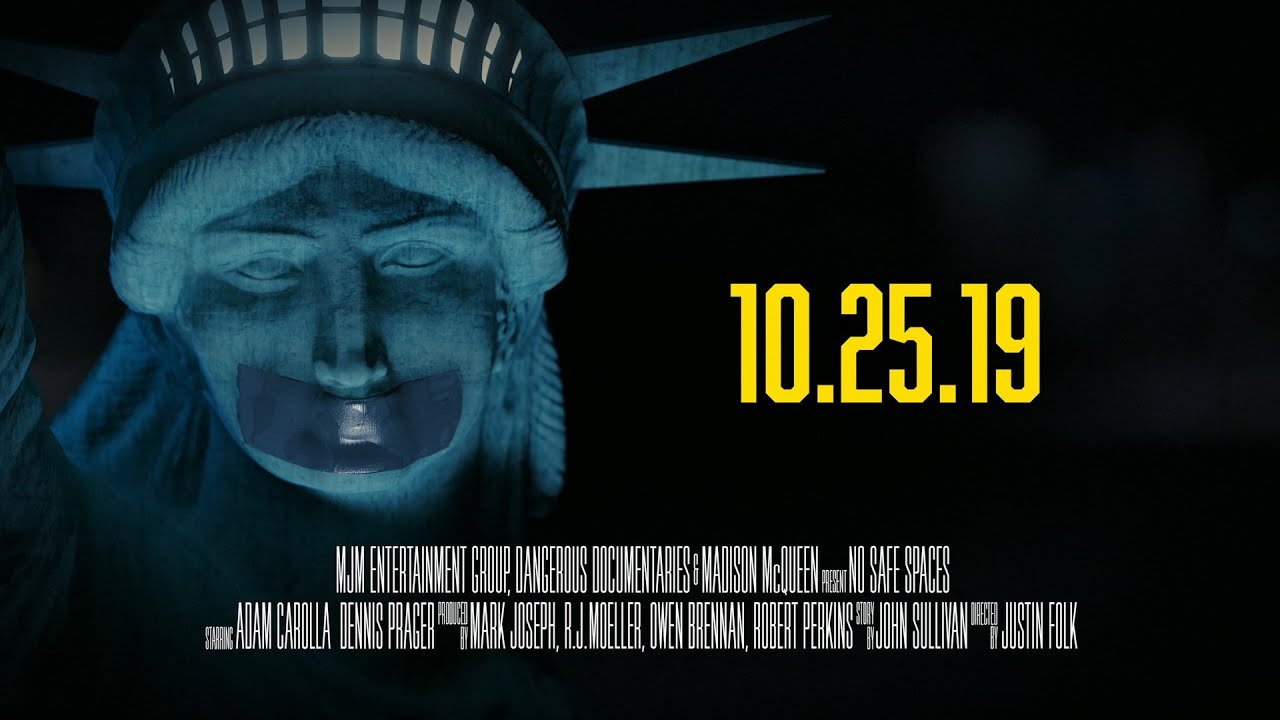 A hard-hitting docudrama starring radio host Dennis Prager and comedian Adam Carolla that makes a bold statement on one of the nation's hottest topics-free speech. Along with Carolla and Prager, the film features a wide range of notable faces from the left and the right who argue that the free exchange of ideas is under threat today by growing trends of identity politics, cancel culture, and increased polarization.

Poll: Will you see No Safe Spaces?

Crew: Who's making No Safe Spaces

A look at the No Safe Spaces behind-the-scenes crew and production team. The film's writer John Sullivan last wrote Science Fair and Security. 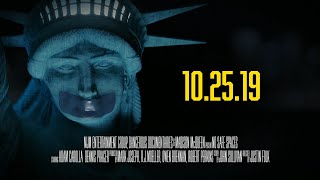 Production: What we know about No Safe Spaces

No Safe Spaces Release Date: When was it released?

No Safe Spaces was released in 2019 on Friday, December 6, 2019 (Nationwide release). There were 13 other movies released on the same date, including Playmobil: The Movie, Grand Isle and Trauma Center.

Questions: Asked About No Safe Spaces

Looking for more information on No Safe Spaces?