Experience the greatest love story of all time. 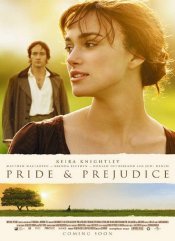 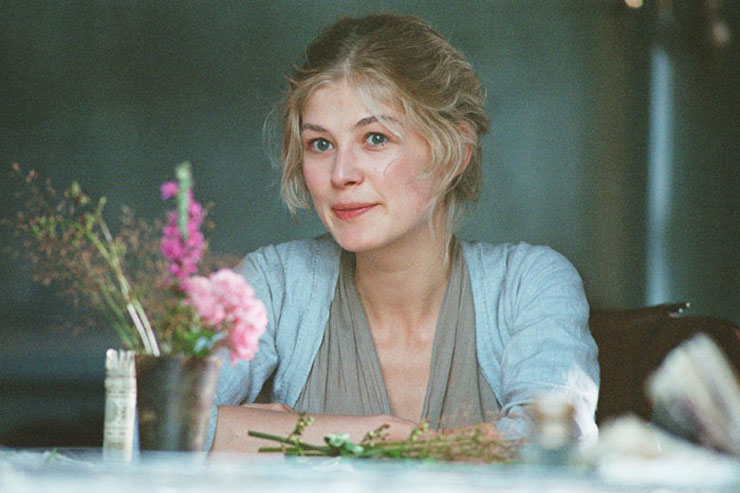 The glorious world of Jane Austen is at last brought back to the big screen in all its romance, wit and emotional force in "Pride & Prejudice". Faithful to the setting and period of the beloved novel and filmed entirely on location in the U.K., this is the first movie version of the story in 65 years.

The classic tale of love and misunderstanding unfolds in class-conscious England near the close of the 18th century. The five Bennet sisters – Elizabeth, or Lizzie (Keira Knightley), Jane (Rosamund Pike), Lydia (Jena Malone), Mary (Talulah Riley) and Kitty (Carey Mulligan) – have been raised well aware of their mother's (two-time Academy Award nominee Brenda Blethyn) fixation on finding them husbands and securing set futures. The spirited and intelligent Elizabeth, however, strives to live her life with a broader perspective, as encouraged by her doting father (two-time Golden Globe Award winner Donald Sutherland).

When wealthy bachelor Mr. Bingley (Simon Woods) takes up residence in a nearby mansion, the Bennets are abuzz. Amongst the man's sophisticated circle of London friends and the influx of young militia officers, surely there will be no shortage of suitors for the Bennet sisters. Eldest daughter Jane, serene and beautiful, seems poised to win Mr. Bingley's heart. For her part, Lizzie meet with the handsome and – it would seem – snobbish Mr. Darcy (Matthew Macfadyen), and the battle of the sexes is joined.

Their encounters are frequent and spirited yet far from encouraging. Lizzie finds herself even less inclined to accept a marriage proposal from a distant cousin, Mr. Collins (Tom Hollander), and – supported by her father – stuns her mother and Mr. Collins by declining. When the heretofore good-natured Mr. Bingley abruptly departs for London, devastating Jane, Lizzie holds Mr. Darcy culpable for contributing to the heartbreak. But a crisis involving youngest sister Lydia soon opens Lizzie's eyes to the true nature of her relationship with Mr. Darcy.

The ensuing rush of feelings leaves no one unchanged, and inspires the Bennets and everyone around them to reaffirm what is most important in life.

Poll: Will you see Pride & Prejudice?

Production: What we know about Pride & Prejudice

Pride & Prejudice Release Date: When was it released?

Pride & Prejudice was released in 2005 on Friday, November 18, 2005 (). There were 4 other movies released on the same date, including Walk the Line, Harry Potter and the Goblet of Fire and Sarah Silverman: Jesus is Magic.