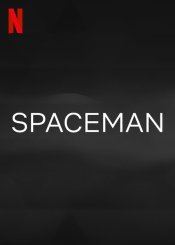 May 1, 2022 • Awaiting release by distributor; release date not yet announced

Jakub Procházka, who was orphaned as a boy and raised in the Czech countryside by his grandparents, overcomes his odds to become the country's first astronaut. He is tasked with a solo mission to Venus and while venturing into deep space discovers a possibly imaginary giant alien spider, who becomes his unlikely companion.

Poll: Will you see Spaceman?

A look at the Spaceman behind-the-scenes crew and production team. The film's director Johan Renck last directed Downloading Nancy. The film's writer Colby Day last wrote In the Blink of an Eye.

Production: What we know about Spaceman?

Spaceman Release Date: When is the film coming out?


Spaceman is coming out as a Netflix release To Be Announced (TBA).

Looking for more information on Spaceman?