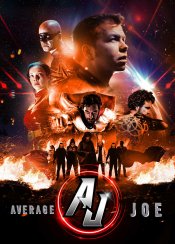 When Lord Menace returns from the dead to terrorize San Antonio, the old gang must reassemble to fight evil once more. Unfortunately, since their last adventure the gang has become complacent. They have families, lives, and weight gain, so how can they fight an otherworldly evil when they first must get in shape?

Poll: Will you see Average Joe?

A look at the Average Joe behind-the-scenes crew and production team.

Production: What we know about Average Joe

Average Joe Release Date: When was it released?

Average Joe was released in 2021 on Friday, January 8, 2021 (Limited release). There were 10 other movies released on the same date, including One Night In Miami..., Redemption Day and Fatale.