February 26, 2021 • Awaiting release by distributor; release date not yet announced.

Incurable romantic Lotte finds her life upended when her plans for a picture-perfect wedding unravel — just as her self-absorbed sister gets engaged.

A look at the Just Say Yes behind-the-scenes crew and production team. 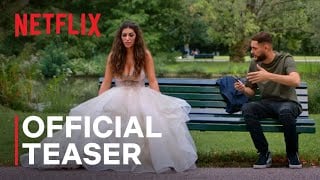 Production: What we know about Just Say Yes?

Just Say Yes Release Date: When is the film coming out?

Just Say Yes is coming out To Be Announced (TBA).