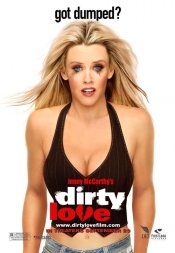 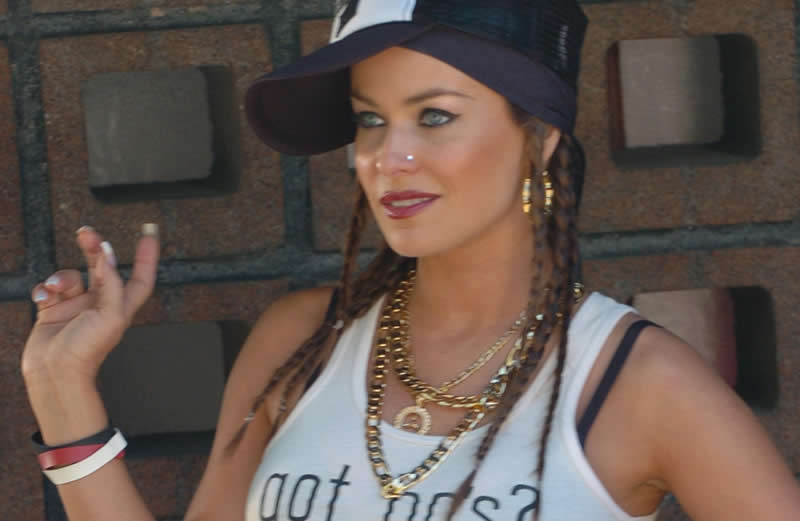 Sometimes a girl has to get a little down and dirty before she can find pure love. In the slapstick comedy, "Dirty Love", Jenny McCarthy is gorgeous, goofy, and gross all at once in this hilarious take on one woman's chaotic quest for true love. It's a knowing, funny, trashy, guilty pleasure, in the spirit of "Porky's" and "National Lampoon", only this time, it's through the eyes of one of America's covergirl: Jenny McCarthy.

Blonde bombshell Rebecca (Jenny McCarthy) thinks she is walking on sunshine in the arms of her super hot model boyfriend, Richard (Victor Webster). But one night she comes home from a long day at work and finds Richard engaged in sexual acrobatics with another woman in their bed.

Rebecca's struggle to understand how a good love could turn so bad begins hilariously and appropriately on the Hollywood Walk of Fame when she falls flat on her face among the hookers and the bums. She gets not so helpful words of wisdom from a pushy psychic (Kathy Griffin) who tells her that true love will NOT ride in on a virile white stallion but rather a white pony. Rebecca is bummed out. The psychic tells her that first she has a lot of difficult lessons to learn about the meaning of pure love.

Throughout her series of funny lessons on love, Rebecca finds support from her posse of off- beat friends. Michelle (Carmen Electra), a wanna-be-black girl, breaks the mold as a hip-hop hair-waxing beautician. Carrie (Kam Haskin), a ditsy sexy actress, struggles to navigate around the casting couch. John (Eddie Kaye Thomas), the nicest guy Rebecca knows, harbors secret feelings for Rebecca.

With the help of her friends, Rebecca flails and fails while looking for another man in hopes of making Richard jealous. Their crazy matchmaking schemes backfire. Rebecca travels a strange and wild trip of funny sexual encounters that includes putting basses in asses and pulling hanker-chiefs out. Discouraged by the series of losers she meets, Rebecca swears off finding true love and settles for good old cheap meaningless sex.

Meanwhile John musters up the courage and professes his love to Rebecca. However, afraid and unsure, Rebecca foolishly finds excuses for why it can't work. A wounded John retreats into the lonely night and wanders the city streets. Now, it's Rebecca's turn to do the chasing. In a send up of the Cinderella story, John loses his shoe and Rebecca retrieves it. To her surprise she finds her white pony in the form of his white Pony brand tennis shoe. Remembering what the psychic told her, she sees the meaning of the shoe and declares her love to John.

Poll: Will you see Dirty Love?

Production: What we know about Dirty Love

Dirty Love Release Date: When was it released?

Dirty Love was released in 2005 on Friday, September 23, 2005 (). There were 6 other movies released on the same date, including Flightplan, Everything is Illuminated and Oliver Twist.