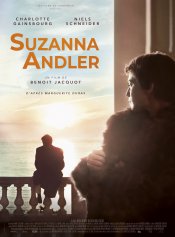 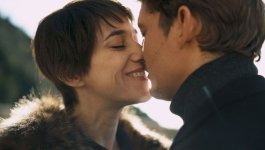 Accompanied by her lover, Suzanna (Charlotte Gainsbourg), 40, views a Riviera beach house for her family's summer vacation. This day, this break in her routine, in this new house, will mark a turning point in her life. Based on the Marguerite Duras play of the same name, Suzanna Andler is the portrait of a woman trapped in her marriage to a wealthy, unfaithful businessman in the 1960s. She must choose between her conventional destiny as a wife and mother, and her freedom, embodied by her young lover (Niels Schneider).

Poll: Will you see Suzanna Andler?

The Pale Blue Eye, The Almond and the Seahorse

A look at the Suzanna Andler behind-the-scenes crew and production team. The film's director Benoit Jacquot last directed Diary of a Chambermaid and Farewell, My Queen.

Production: What we know about Suzanna Andler?

Suzanna Andler Release Date: When was the film released?


Suzanna Andler was a Limited release in 2021 on Friday, October 8, 2021. There were 18 other movies released on the same date, including No Time to Die, Lamb and American Insurrection.

As a Limited release, Suzanna Andler will only be shown in select movie theaters across major markets. Please check Fandango and Atom Tickets to see if the film is playing in your area.