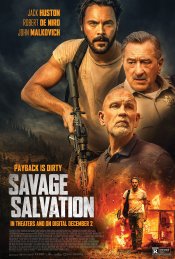 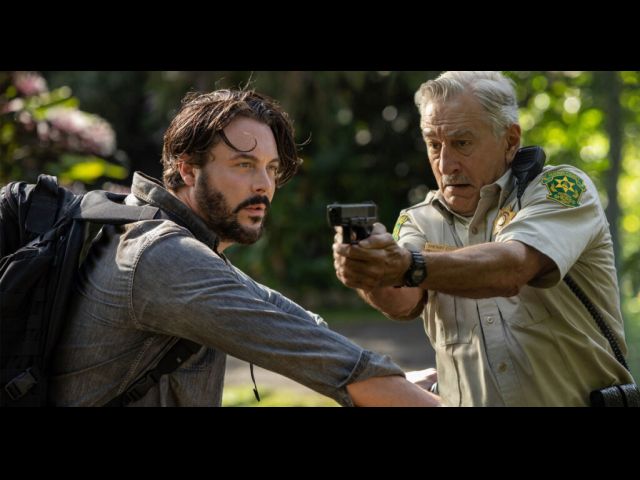 R   RESTRICTED MPA
strong violence and drug use, and language throughout 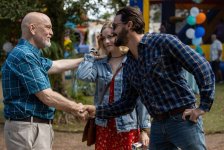 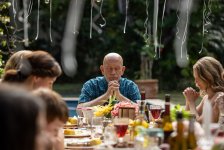 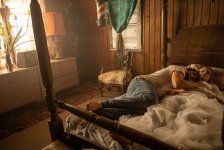 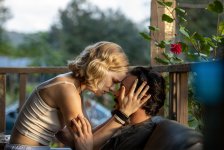 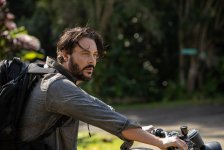 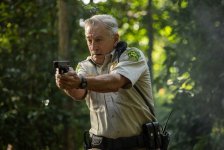 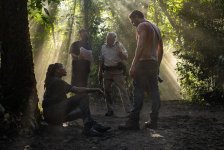 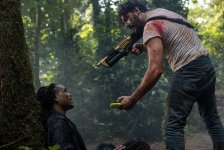 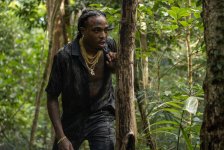 Sheriff Church (Robert de Niro) and Detective Zeppelin strive to keep the peace in their rough town, where residents' only two interests are the church or oxycodone. Newly engaged Shelby John (Jack Huston) and Ruby Red want a fresh start. They decide to have a family together and get clean, with the support of Peter, Ruby's brother-in-law (John Malkovich). However Shelby discovers his beloved Ruby dead on their porch before she could fulfill her final wish: to be baptized in the river and washed away from her past sins. Filled with fiery rage, Shelby embarks on a vengeful killing spree to right all the wrong done to Ruby by every link in the drug dealing chain. Armed with nothing but adrenaline and a nail gun, Shelby picks off dealers and junkies one by one until he gets to the top. Sheriff Church and Detective Zeppelin must race against the clock to put an end to Shelby's vigilante justice before his fight with the crime lord Coyote (Quavo) turns the entire town into a bloodbath.

Poll: Will you see Savage Salvation?

A look at the Savage Salvation behind-the-scenes crew and production team. The film's director Randall Emmett last directed Midnight In The Switchgrass. 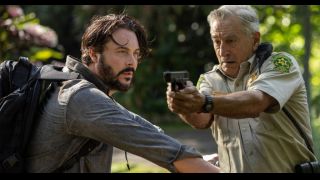 Production: What we know about Savage Salvation?

Savage Salvation Release Date: When is the film coming out?

Savage Salvation is coming out as a Limited release in 2022 on Friday, December 2, 2022. There are 29 other movies coming out on the same date, including Violent Night, Spoiler Alert and Diary of a Wimpy Kid: Rodrick Rules .
As a Limited release, Savage Salvation will only be shown in select movie theaters across major markets. Please check Fandango and Atom Tickets to see if the film is playing in your area.