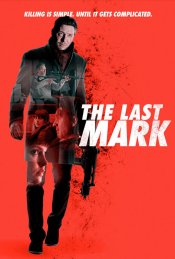 After a young woman witnesses a mob hit, a seasoned assassin and his psychotic partner must track her down before she turns them in, but she proves to be the hardest mark to kill.

Poll: Will you see The Last Mark?

A look at the The Last Mark behind-the-scenes crew and production team.

Production: What we know about The Last Mark?

The Last Mark Release Date: When was the film released?


The Last Mark was a Limited release in 2022 on Friday, February 25, 2022. There were 14 other movies released on the same date, including The Desperate Hour, The Burning Sea and Butter.

As a Limited release, The Last Mark will only be shown in select movie theaters across major markets. Please check Fandango and Atom Tickets to see if the film is playing in your area.

Q&A Asked about The Last Mark

Looking for more information on The Last Mark?