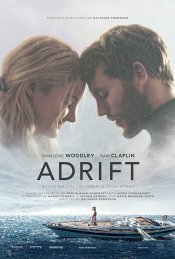 The movie is based on the true story of a woman and her fiance who, after setting sail from Tahiti, find themselves in the middle of a massive hurricane. After being knocked unconscious, the woman finds her boat in ruins and her fiance missing, now lost at sea. The rest of the story follows her 1,500 mile journey back to Hawaii while battling the elements.

Poll: Will you see Adrift?

"The Hobbit: The Desolation of Smaug"

Production: What we know about Adrift?

Production set to begin in June.

The project will be taken to studios shortly and a bidding war should follow, per Variety.

Adrift Release Date: When was the film released?

Adrift was released in 2018 on Friday, June 1, 2018 (Nationwide release). There were 6 other movies released on the same date, including Upgrade, Action Point and American Animals.

Looking for more information on Adrift?