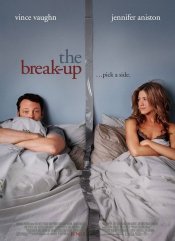 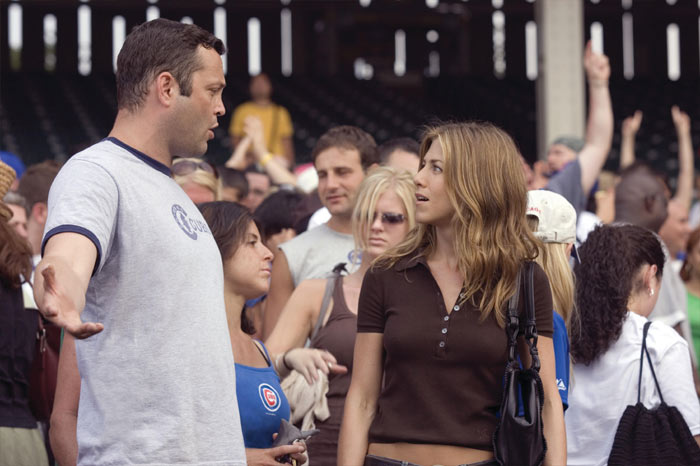 Vince Vaughn and Jennifer Aniston star in "The Break-Up", which starts where most romantic comedies end: after boy and girl have met, fallen in love, moved in to start their happily-ever-after...and right when they wind up driving each other crazy.

Pushed to the breaking-up point after their latest "why can't you do this one little thing for me?" argument, art dealer Brooke (Aniston) calls it quits with her boyfriend, Gary (Vaughn), who hosts bus tours of Chicago. What follows is a series of remedies, war tactics, overtures and underminings suggested by the former couple's friends, confidantes and the occasional total stranger. When neither ex is willing to move out of the condo they used to share, the only solution is to continue living as hostile roommates until somebody caves.

But somewhere between protesting the pool table in the living room, the dirty clothes stacked in the kitchen cupboards and the sports played at sleep-killing volume in the middle of night, Brooke begins to realize that what she may be really fighting for isn't so much the place but the person.

Poll: Will you see The Break-Up?

Brawl in Cell Block 99, The Watch

Just Go With It, Office Space

A look at the The Break-Up behind-the-scenes crew and production team. The film's director Peyton Reed last directed Ant-Man and the Wasp and Ant-Man.

Production: What we know about The Break-Up?

The Break-Up Release Date: When was the film released?

The Break-Up was released in 2006 on Friday, June 2, 2006 (). There were 5 other movies released on the same date, including District B13, Priceless and The Peaceful Warrior.

Q&A Asked about The Break-Up

Looking for more information on The Break-Up?