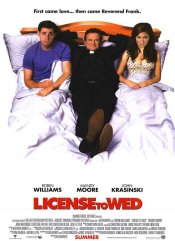 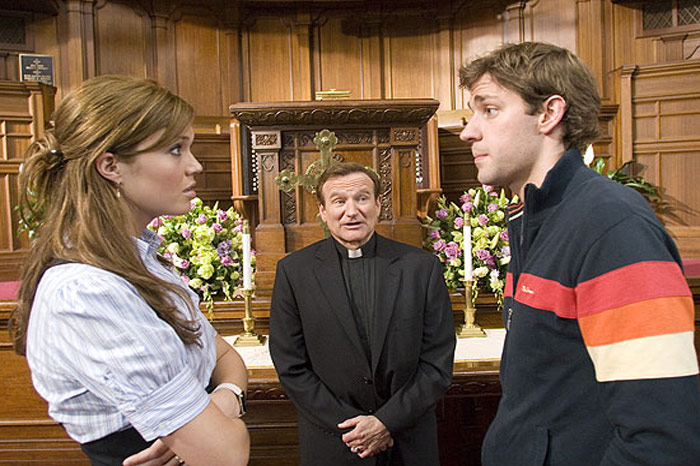 Newly engaged Ben Murphy and his fiancée, Sadie Jones, plan to live happily ever after. The problem is that Sadie's family church, St. Augustine's, is run by Reverend Frank, who won't bless Ben and Sadie's union until they pass his patented, foolproof marriage-prep course. Consisting of outrageous classes, outlandish homework assignments and some outright invasion of privacy, Reverend Frank's rigorous curriculum puts Ben and Sadie's relationship to the test. Forget happily ever after--do they even have what it takes to make it to the altar?

Poll: Will you see License to Wed?

Crew: Who's making License to Wed

A look at the License to Wed behind-the-scenes crew and production team. The film's director Ken Kwapis last directed A Walk in the Woods and Big Miracle. The film's writer Kim Barker last wrote All About Steve and Coma Boy.

Production: What we know about License to Wed

License to Wed Release Date: When was it released?

License to Wed was released in 2007 on Wednesday, July 4, 2007 (). There were 2 other movies released on the same date, including Transformers and Rescue Dawn.

Questions: Asked About License to Wed

Looking for more information on License to Wed?