A Long Way Down Movie 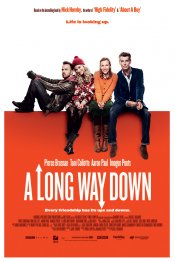 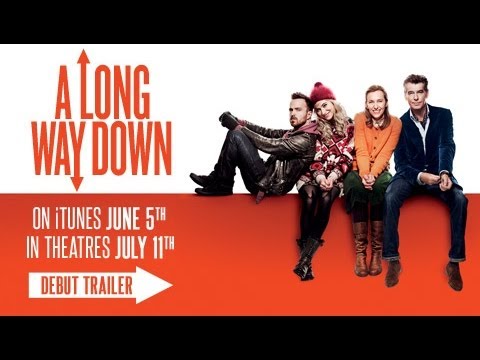 A disgraced TV presenter (Pierce Brosnan), a foul-mouthed teen (Imogen Poots), an isolated single mother (Toni Collette) and an aging pizza delivery boy (Aaron Paul) – decide to end it all on New Year’s Eve. When this disillusioned group of strangers unintentionally meet at Topper’s Tower, a trendy jumper hotspot, they agree to call off their plans for six weeks. Their written pact inadvertently binds them together and sweeps the public up--transforming them into unwitting media sensations—as they discover that even accidental families make life worth living.

Poll: Will you see A Long Way Down?

Who stars in A Long Way Down: Cast List

"Wrath of the Titans" , "Jack Reacher" 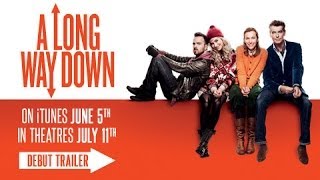 Production: What we know about A Long Way Down?

A Long Way Down Release Date: When was the film released?

A Long Way Down was released in 2014 on Friday, July 11, 2014 (Limited release). There were 8 other movies released on the same date, including And So It Goes, Dawn of the Planet of the Apes and Rage.

Q&A Asked about A Long Way Down

Looking for more information on A Long Way Down?