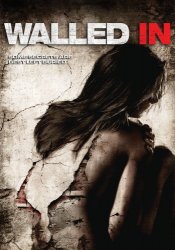 Based on Serge Broselot's bestselling French novel "Les Emmeures", the movie casts Barton as a demolition company rep who supervises the razing of a mysterious building and discovers horrifying secrets and past inhabitants entombed within its walls by a vicious murderer.

Poll: Will you see Walled In?

Crew: Who's making Walled In

Production: What we know about Walled In

Walled In Release Date: When was it released?

Questions: Asked About Walled In

Looking for more information on Walled In?