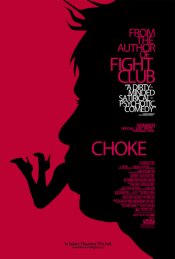 Actor-turned-director Clark Gregg shows he is as adept behind the camera as he is in front of it with "Choke", a wickedly colorful dark comedy about mothers and sons, sexual compulsion, and the sordid underbelly of Colonial theme parks. Victor Mancini (Rockwell), a sex-addicted med-school dropout, who keeps his increasingly deranged mother, Ida (Huston), in an expensive private medical hospital by working days as a historical reenactor at a Colonial Williamsburg theme park. At night Victor runs a scam by deliberately choking in upscale restaurants to form parasitic relationships with the wealthy patrons who "save" him. When, in a rare lucid movement, Ida reveals that she has withheld the shocking truth of his father's identity, Victor enlists the aid of his best friend, Denny (Henke) and his mother's beautiful attending physician, Dr. Paige Marshall (Macdonald), to solve the mystery before the truth of his possibly divine parentage is lost forever.

Poll: Will you see Choke?

"Trolls World Tour" , "The One and Only Ivan"

Production: What we know about Choke?

Choke Release Date: When was the film released?

Choke was released in 2008 on Friday, September 26, 2008 (). There were 6 other movies released on the same date, including Eagle Eye, The Lucky Ones and Nights in Rodanthe.

Looking for more information on Choke?