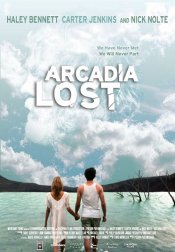 August 28, 2010 • Awaiting release by distributor; release date not yet announced.

Haley Bennett and Carter Jenkins play step-siblings whose first family trip is cut short by a car crash. With their parents dead, the stunned teens roam the Greek countryside and befriend an expatriate vagabond (Nick Nolte) who leads them to a mysterious spiritual ceremony.

Poll: Will you see Arcadia Lost?

A look at the Arcadia Lost behind-the-scenes crew and production team.

Production: What we know about Arcadia Lost

Arcadia Lost Release Date: When is it coming out?

Arcadia Lost is coming out To Be Announced (TBA).