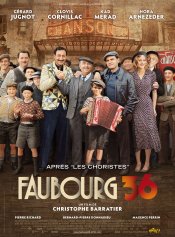 Set in a suburb of north-east Paris between December 1935 and July 1936 during the "revolutionary" period of the Popular Front (who introduced the first paid holidays and a shorter working week). Three unemployed performers decide to take over by force the music hall where they worked a few months earlier and stage a show there.

Production: What we know about Paris 36

Paris 36 Release Date: When was it released?

Paris 36 was released in 2009 on Friday, April 3, 2009 (Limited release). There were 11 other movies released on the same date, including Adventureland, Lifelines and Fast & Furious.

Looking for more information on Paris 36?