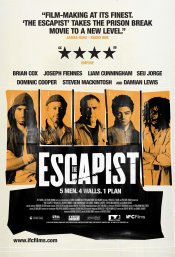 Frank Perry is an institutionalized convict twelve years into a life sentence without parole. When his estranged daughter falls ill, he is determined he make peace with her before it's too late.

Poll: Will you see The Escapist?

Crew: Who's making The Escapist

Production: What we know about The Escapist

The Escapist Release Date: When was it released?

The Escapist was released in 2009 on Friday, April 3, 2009 (in 1 theater . There were 11 other movies released on the same date, including Adventureland, Gigantic and Baby on Board.

Questions: Asked About The Escapist

Looking for more information on The Escapist?