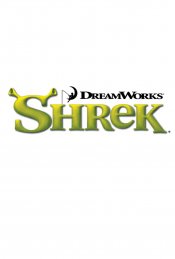 November 7, 2018 • Story selection and rights acquired; idea being crafted into usable script; financing and casting attachments sought; aiming for 'greenlight'. Despicable Me producer Chris Meledandri is being tasked with finding some fresh story lines to expand the Shrek franchise.

The further adventures of the giant green ogre, Shrek, living in the land of Far, Far Away.

Poll: Will you see Shrek 5?

Production: What we know about Shrek 5?

Despicable Me producer Chris Meledandri is being tasked with finding some fresh story lines to expand the Shrek franchise.

Michael McCullers, who wrote all of the Austin Powers films, is writing the script.

As DreamWorks Animation CEO said Jeffrey Katzenberg, "We like to let them have a little bit of time to rest. But I think you can be confident that we’ll have another chapter in the Shrek series. We’re not finished, and more importantly, neither is he."

Shrek 5 Release Date: When is the film coming out?

Shrek 5 is coming out To Be Announced (TBA).

Looking for more information on Shrek 5?